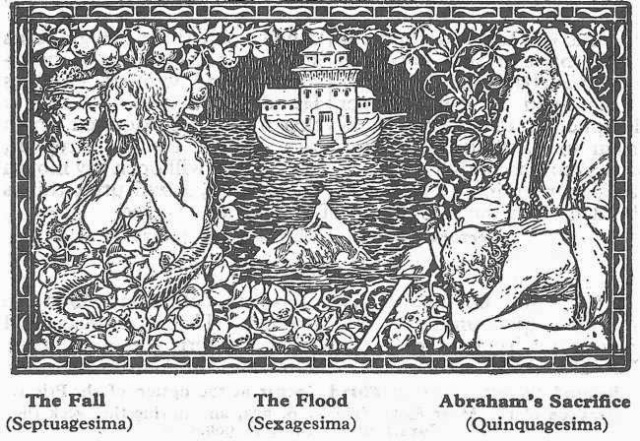 Pre-Lent, sometimes called Shrove-tide, Gesimatide, or even the "Silly Sundays", consists of a period of two-and-a-half weeks before Ash Wednesday. The three Sundays during this time take their names from the Latin words for Fifty (Quinquagesima), Sixty (Sexagesima), and Seventy (Septuagesima).

During this season, the Alleluia that is normally chanted before the reading of the Gospel is replaced by a type of chant called a Tract. Unlike the seasons of Advent and Lent, the Gloria in excelsis Deo is still sung. Either purple or green vestments and paraments can be used, however, the preference is for purple.

The last day of Pre-Lent, the Tuesday before Ash Wednesday, is Shrove Tuesday.